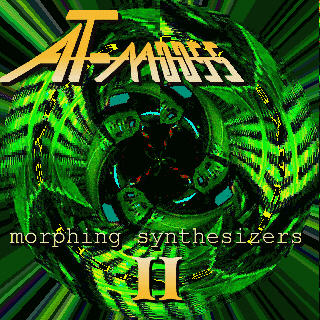 Ten themes are included in this amazing album by the band At-Mooss. The music, very electronic, presents various styles, although with the general characteristic that it is quite rhythmic. The rhythms are sequencer-based mostly, thus resulting into complex, powerful, impressive, and occasionally very aggressive ones, as for instance "TSA57B". The melody is an important element in all the compositions. There are some pieces in a space-sequencer key, others that enter the field of classical Techno, and others with some traits typical of jazz. The four members of the band have different musical tastes, and they don't join their efforts in common pieces, but in an individual manner in each of the themes. They have composed a series of themes that will no doubt attract both the followers of Space-sequencer and those of Techno. In short, this is electronic music of the best quality.