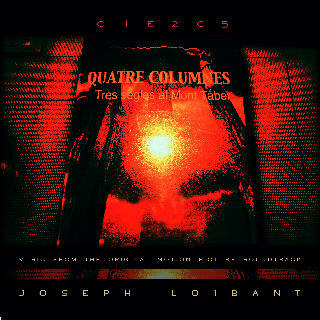 In this soundtrack, now released in CD format, Joseph Loibant shows his most symphonic side. With a solid approach, the music takes us to an exciting voyage through stories and legends of the past. Some of the themes seem to evoke crucial events in human history. Epic deeds accomplished by men and women perhaps forgotten by history, yet of whose actions the old stone of survivor buildings from that era was silent witness, if not an instrument of homage. The music transmits to us all the charisma of these architectonic constructions that defy the passage of centuries and become a palpable proof of human determination and strength of will. Majestic melodies, epic, with a certain air of romanticism at times enigmatic, crop up in all their greatness, impressive like monoliths, wrapped by sophisticated orchestrations. Rocky rhythms whisper teluric secrets. Other pieces turn out to be intensely near, like songs from childhood or teenage  ballads that bring us memories of places, people and feelings already far away from us in time and distance. There also are passages dominated by the vertigo of space, which confront the listener to the vastness of the universe.
Also remarkable are the passages and themes full of light, of a crystaline beauty, between the human essence and the divine. The imaginative use of synthesizers stresses the personality of the music. The soundtrack includes as well a new version of the theme "Electra" by Loibant, originally released in his album "Regression Alpha".