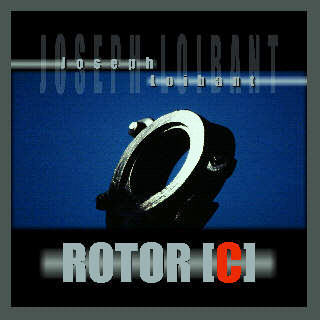 In this double CD, composer Joseph Loibant shows us his more experimental aspect. Using the whole potential of laboratory work, this electronic musician constructs eminently unusual sound structures. One of the main starting points is the recording of a night concert in the open air, which he gave on the occasion of a
shooting star shower. Yet this recording does not by any means the final result present in the album. It merely is the skeleton on which an entire universe of extrahuman sensations is being built. Layer by layer, this original structure ends up being hidden under an unexpected electronic ecosystem, whose fauna has been created by Loibant by means of an acute imagination for the architectures of sound plus an intense quest in research and experimentation. As if it were a history by H.P. Lovecraft trasplanted to an industrial stage and containing cybernetic monsters instead of organic ones, the different pieces appear to evoke ghostly scenes
of mystery where everything turns around the icy essence of this Other Ecosystem, the one which has not been fruit of biologic evolution, but of technology. Insidious melodies, winking rhytms, and an impressive mise-en-scene, are perfectly defined on the cover of the album, also created by Loibant, where steely tones dominate, and where an absolute protagonism is given to the Mechanic Element, to the Artificial Piece, to the Industrial Component, in the same way as a Cell on a luminous background could represent the concept of Biological Life. Among other peculiarities of the album, mention must be made of its complex Stereo panorama, with very marked contrasts, which makes it advisable not to listen to it with headphones, but rather through loudspeakers, which is the audio mode Loibant towards which Loibant has focused the peculiar sonority of his work.