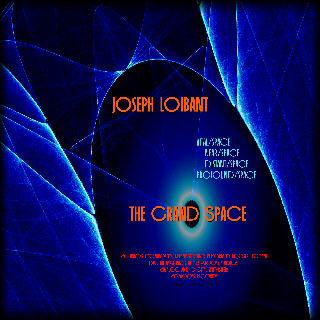 Joseph Loibant: is a composer with a powerful
imagination, whose music is characterized by a
great diversity of ideas, styles and emotions. In
this album, like its title suggests ("Grand"
comes from "Grand Piano"), the pianos have quite
a leading role, although they are accompanied by
other instruments. The music, which is
electronic, has the typical characteristics of
tendencies like Space Music, Synth-Pop, and
contemporary instrumental music. Also there are
some traits from Jazz and Rock. The four long
themes are full of complex constructions, where
the pianos shape the rhythms and melodies. In
fact, rhythm and melody are merged often. In some
passages the pianos are treated with audio
effects such as echo. Some parts are cold,
mysterious. Others turn out to be warm,
emotional. The opening passage of "Vital/Space",
has a masterful, melodic piano solo. Loibant
proves in this CD that it is possible to maintain
the charismatic sound essence of the piano and at
the same time make different things, original and
risky. "The Grand Space" is an album that no
doubt deserves an attentive listening.
EDGAR KOGLER